December events scheduled by the Virginia Peninsula Chamber of Commerce include Coffee Connection, December 3, and Spotlight on the Peninsula, December 6. For registration and additional information, go to
www.virginiapeninsulachamber.com/events/calendar.

Andrea Sardone has been named marketing director of PBMares, LLP. Based in the Newport News office, Sardone will take a lead role in the firm’s growth strategy through the promotion of the brand and development of lead generating marketing initiatives for all business units, service lines and industry niches. She will also help develop and implement best practices in marketing, business development support and segment development. Sardone was formerly executive director of brand and marketing for Colonial Williamsburg Foundation.

Langley Federal Credit Union and the Langley for Families Foundation have invested $1,000,000 over five years in children’s mental health in Hampton Roads by supporting Children’s Hospital of The King’s Daughters’ (CHKD) new mental health hospital. CHKD has commenced construction of the 14-story building on Hampton Blvd. in Norfolk that is scheduled to open in 2022. In recognition of its support, the inpatient family lounge in the new hospital will be named after Langley Federal Credit Union. 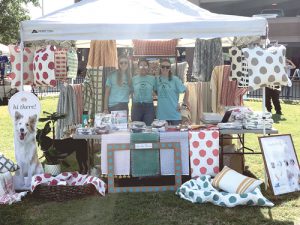 Peninsula Fine Arts Center (Pfac) is showcasing Williamsburg artist Susan Mullally’s photographic study of 21st century poverty. Her portraits capture individuals who gather on Sunday mornings at a nondenominational church, Under the Bridge, which meets under an interstate overpass in Waco, Texas. These individuals have experienced periods of homelessness or incarceration, addiction to drugs or alcohol, mental illness or profound poverty and deep periods of hopelessness. As part of a partnership between the United Way of the Virginia Peninsula and Pfac, museum guests can bring in two new or gently used cold weather items per person through January 5, 2020, and receive free admission to the museum’s exhibits. These items will be donated to United Way partner agencies that work with the homeless population.

More than 24 rocks were painted in October with familiar Newport News landmarks and hidden in strategic spots throughout the city. Instructions on the back side of each rock ask the finder to snap a picture, share it on Facebook at LoveNNRocks, and then re-hide it, in the city, out of state or in another country. To see some of the rocks and stories associated with each one, “Like” and “Follow” LoveNNRocks on Facebook. Followers will be given clues regarding the hiding place of the grand-prize rock. One special rock has been painted with the LOVE NN logo as the grand-prize rock. The individual who finds it will receive a VIP Passport, giving two people complimentary admission to all Newport News attractions. For additional information, call Newport News Visitors Center at
757-886-7777.

During September’s Hunger Action Month, local officials and first responders volunteered at the Virginia Peninsula Foodbank in support of its hunger relief efforts across the greater Peninsula. Volunteers are essential to fulfilling the mission of the Foodbank, helping individuals across the local community who experience food insecurity, a challenging situation of being without reliable access to an affordable, sufficient quantity of nutritious food. 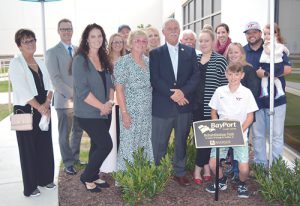 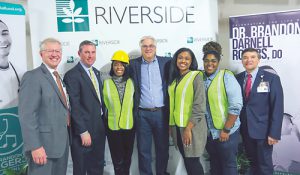 Riverside Health System leadership and team members, supporters and special guests officially kicked off construction and dedicated the future Huntington Ingalls Industries Education and Training Center, which will house the Dr. Brandon D. Rogers Simulation Lab and the Riverside Regional Medical Staff Resident and Clinical Education Wing at Riverside Regional Medical Center. Members of Dr. Rogers’ family and friends attended the event to honor the legacy of Rogers, who was tragically killed in a car accident in June 2017. Expected to be completed in the fall of 2020, the state-of-the-art training facility will benefit more than 80 surgical specialists, more than 55 emergency medicine providers, medical residents in multiple specialties and numerous other nursing and clinical staff each year. 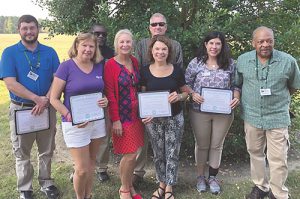 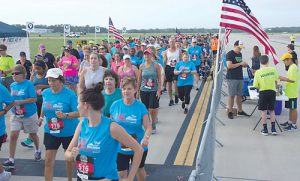 More than 800 runners and walkers took part in a road race in September on one of Newport News/Williamsburg International Airport’s runways. The inaugural “5K on the Runway” event raised $10,000 for the Downtown Hampton Child Development Center. The event was part of the airport’s 70th anniversary of commercial air service, which began in 1949.