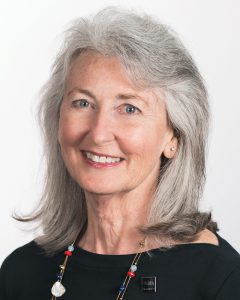 Patricia Franklin, visual and performing arts supervisor for Newport News Public Schools (NNPS), was named Virginia Art Educator of the Year by the Virginia Art Education Association (VAEA). Franklin was also inducted into the VAEA Distinguished Fellows, a group of individuals who have performed extraordinary service to the VAEA and art education in Virginia.

“I am honored to have been selected as the Virginia Art Educator of the Year. Art is an important contributor to every student’s education, and I am proud to be one voice among many in the Commonwealth, working to promote art education for every student,” said Franklin.

Franklin’s work has impacted NNPS, the VAEA and the National Arts Education Association, where she has served in leadership roles. Franklin established a districtwide art show and enhanced the popular Summer Institute of the Arts. During her time as VAEA president, Franklin brought change to the way the VAEA conducted business by aligning internal policy and practices. On the national level, Franklin led a variety of initiatives, assisted with leadership transitions and the School for Art Leaders.

Franklin joined NNPS as visual arts supervisor in 2002 and became supervisor of visual and performing arts in 2010.

The Newport News Public Library and Newport News Public Schools launched a new partnership to connect students to books and other resources available at their local public library. At the inaugural event in December, all preschool students at Marshall Early Learning Center received their Student Connect Card, a library card designed exclusively for NNPS students. The four- and five-year-old students then headed to the Pearl Bailey Library, where they checked out their first book during a special First Checkout Celebration.

This school year, all 1,800 NNPS preschool students can receive their own Student Connect Card at school. Students will be able to check out up to five juvenile books from the public library, access all public library e-books and other digital resources and use the filtered computers at the public library. Throughout the year, all library branches host free programs involving science, technology, reading, art, engineering and more.

The next phase of the program will be implemented next school year. The goal is to ensure all 28,000 students in Newport News Public Schools — in grades K-12 — are signed up for a Student Connect Card.