Nicole Nickell of Beth Moore & Associates, CPAs, has been promoted to senior associate. Nickell, with the firm since January 2016, is a graduate of Longwood University with a Bachelor of Science degree in business administration with a concentration in accounting.

Len Heath, a partner in the law firm of Heath, Overby, Verser & Old, PLC, attended the February House of Delegates meeting of the American Bar Association, a voluntary association of lawyers and law students, which sets academic standards for law schools, formulates ethical codes related to the
legal profession and recommends changes to state and federal laws. Heath also participated in the Southern Conference
of the Presidents and National Conference of Bar Presidents. These organizations allow state bar leaders to share ideas to better serve their respective bar organizations and the public. Heath attended as president-elect of the Virginia State Bar. 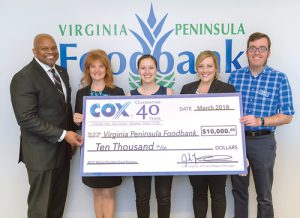 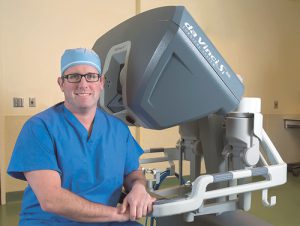 Dr. Lisa Marie Samaha, of Port Warwick Dental Arts, submitted an entry to the National Academy of Medicine’s Expressions of Clinician Well-Being nationwide art project. The submission, “Once Fractured,” features the topic of clinician well-being and was deemed insightful and thought-provoking. It has been selected to appear in the Academy’s permanent online gallery and can be viewed beginning May 2.

Shelly Braden, wealth advisor, has joined PBMares Wealth Management, a division of PBMares, LLP in the Newport News office. Braden is a certified financial planner and joins the firm after serving as a registered investment advisor in Los Angeles. She earned her bachelor’s degree in business management from Belmont Abbey College and her master’s degree in financial planning and taxation with a concentration in estate planning from Golden Gate University.

Newport News Waterworks Department was awarded the “Best Major Rehabilitation Project” for publicly owned dams by the Virginia Lakes and Watersheds Association. This award recognizes the Waterworks Department for the responsible and committed dam ownership that lead to the spillway redesign effort. 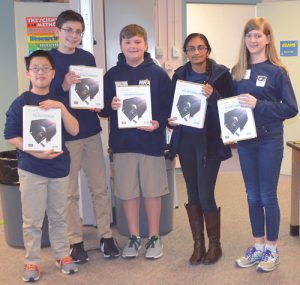 Students from Rachel Carson Middle School in Herndon, Va., were winners of the 2018 Virginia Regional Middle School Science Bowl in March hosted by Jefferson Lab. The 17 teams heard Robert McKeown, Jefferson Lab’s deputy director of science, provide an overview of the research conducted at the lab, explaining how the Continuous Electron Beam Accelerator Facility is used to study the basic building blocks of matter and how research sets the stage for technological advancements that shape future research and areas of the economy and society. A number of teams participated in the Stay All Day Contest, a three-part design and engineering challenge. Winning this event was the team from Hampton Roads Academy, coached by Michelle Miesko. Pictured is the Hampton Roads Academy team of (left to right) Eric Wei, Jacob Ricca, Ethan Steider, Rudrani Ghoshal and Jocelyn Lamprecht. 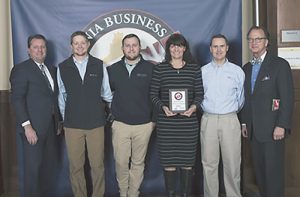 SOLitude Lake Management has been named to the 2018 Best Places to Work in Virginia list. The annual list is created by Virginia Business and Best Companies Group. SOLitude was awarded 10th place in the medium-sized employer category during a ceremony in February at The Boar’s Head Resort in Charlottesville. This is the company’s fourth year of placing. Shown here accepting the award from the event representatives are (second from left) SOLitude’s Tyler Meighan, fisheries scientist; Jackson Minnich, fisheries and wildlife biologist; Shannon Junior, ecologist and senior business development consultant; and Aaron Cushing, fisheries and wildlife biologist and environmental scientist.

Andrei Seryi has been named associate director for accelerator operations, research and development of the Department of Energy’s Thomas Jefferson National Accelerator Facility, In June, Seryi will oversee operations of Jefferson Lab’s accelerators, including the Continuous Electron Beam Accelerator Facility, an Office of Science User Facility that serves more than 1,500 nuclear physicists worldwide as the world’s most powerful microscope for studying the atom’s nucleus. He will also provide strategic direction for the lab’s accelerator R&D portfolio and seek out collaborations and projects to leverage Jefferson Lab technologies and expertise to the benefit of the federal government, industry and the American taxpayer. Seryi has more than 30 years of experience in accelerator science. His career highlights include work on the accelerator project at Protvino, as well as extensive experience at two other DOE national labs.

TowneBank has approved a new corporate management group designed to construct and implement the first phase of a growth continuation strategy to prepare the company for the next decade. The new team consists of G. Robert Aston Jr., founding chairman of the board and chief executive officer, serving as executive chairman of the board, with continued responsibility for corporate strategy, corporate governance, marketing and human resources; J. Morgan Davis, president and chief banking officer, assuming the additional role of chief executive officer responsible for corporate growth and profitability; Brad E. Schwartz, senior executive vice president and chief operating officer, who will manage the company daily activities along with expanded responsibility for the advancement of corporate innovation and enhancement of the bank’s digital delivery systems; and William B. Littreal, currently handling investment relations and adding a new role as senior executive vice president and chief financial officer.

Michael Shapiro has joined Drucker and Falk as director of commercial sales and leasing. With more than 25 years of real estate experience, Shapiro has held positions in leasing, sales and property management for a variety of building types, local and institutional owners. He has been principal broker for Tower Park Real Estate since 2013, where he coordinated the leasing and management of an 850,000 square foot portfolio of shopping centers, office and flex properties.

Christopher A. Dawson, MD, interventional pain treatment specialist at Tidewater Physicians Multispecialty Group (TPMG) in Newport News, has introduced his latest therapeutic modality for pain—the Multiwave Locked System (MLS) Laser Therapy. The MLS Laser Therapy, a Class IV Laser, synchronizes two distinct wavelengths of light to reduce inflammation and pain. Through the use of this therapy, Dawson has effectively treated patients with continued pain following a back or knee surgery and those with multiple medical conditions or taking anticoagulants, who may not be ideal surgical candidates. The therapy also provides a minimally invasive alternative for patients with an aversion to needles or common injection therapies such as epidurals and nerve blocks. In each of these cases, MLS Laser Therapy treatment has helped reduce pain, enhance function and decrease or eliminate the need for opioids. 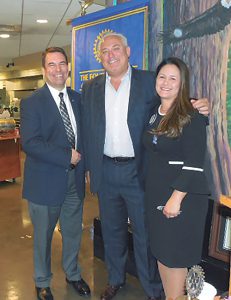 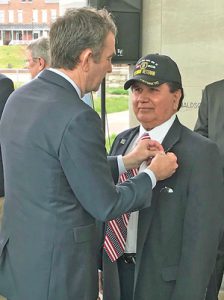 Lou Sosa USN/USMC was recognized by Virginia Governor Ralph Northam during National Vietnam War Veteran Day on March 29. Sosa had been stationed in Da Nang, RVN between Monkey and Marble Mountains. Sosa is a Realtor® with Heartland Realty LLC in Oyster Point.

The U.S. Department of Energy’s Thomas Jefferson National Accelerator will hold an open house for the public 9 a.m.–3 p.m. on Saturday, May 19. The free event offers an opportunity to explore the lab’s unique particle accelerator facilities, as well as participate in hands-on activities and interactive displays and demonstrations. The event will be held rain or shine. Parking will be free and lots will open at 8:30 a.m. The event will be spread over several buildings and outdoor areas and involves a lot of walking. Free shuttle buses will be available. Photos and video recording are welcome. More information is posted, on the event website at: www.jlab.org/openhouse. Visitors may also call 757-269-6398.