Nancy Porter has joined BayPort Credit Union as vice president of marketing and will report to the Interim CEO, Stan Leicester. Porter brings 27 years of marketing experience to BayPort, including corporate marketing focused on the member and customer experience, increased employee engagement and philanthropy to strengthen company brand. She gained experience in the financial services industry through executive level positions for Chartway Federal Credit Union, Monarch Bank and, most recently, PRA Group. Porter has served as adjunct professor and an instructor to undergraduates in Virginia Commonwealth University’s School of the Arts, Communication Arts & Design advertising curriculum.

November events scheduled by the Virginia Peninsula Chamber of Commerce include Hampton State of the City, November 13; Coffee Connection, November 14 and Business Connection After Hours, November 29. For registration and additional information, go to www.virginiapeninsulachamber.com/events/calendar/2018-11-01.

Robert “Bob” L. Bailey, CFP®, Lee Lehmkuhler and Krystal D. Searcy have joined Lions Bridge Financial Advisors (LBFA). Bailey, who earned his CFP designation and holds the Series 7 license through LPL Financial, will sit on the LBFA advisory board. Lehmkuhler will serve as research and trading manager and will work directly with Jayne Di Vincenzo, LBFA president. He will oversee portfolio reviews, investment selection and rebalancing for all investment accounts. Lehmkuhler holds the Series 7 and 66 licenses and has more than 10 years of financial services experience. Searcy has been named marketing manager. Searcy has more than 10 years of experience in marketing for her own firm, and earlier in her career with Tidewater Physical Therapy and WAVY-TV.

Warwick at City Center Rotary Club hosted a reception in August to honor Vadim Ostrovsky, (above, left) a Rotary Peace Fellow, who shared his experiences as a Peace Fellow in Australia, Egypt and Ukraine. Vadim completed his internship with the United Nation’s Development Program in Cairo. In his fellowship program, he managed ClickUkraine, a nonprofit project that established computer labs and provided basic computer literacy for Ukrainian foster homes. Vadim currently lives and works in Richmond. Among the 40 attendees were (above, right, left to right): club president Davetta Rinehart and members Erlinda Gleason, Gee Horton, Baljit Gill and Michael Gleason.

In August, more than 200 runners supported Boys & Girls Clubs of the Virginia Peninsula’s (B&GVP) 11th annual Smart Smiles 5K at Mariners’ Museum and Park. The 5K raised more than $20,000 for Smart Smiles, which ensures that all B&GVP members, regardless of their families’ ability to pay, have access to the dental care they need. 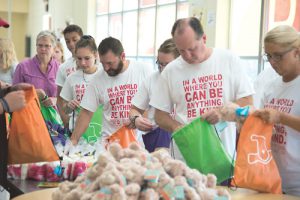 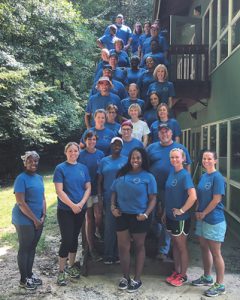 For Day of Caring, a team of Sentara Williamsburg Regional Medical Center employees spent a September morning volunteering at Camp Skimino, a 98-acre year-round camping destination of the Girl Scouts of the Colonial Coast. The camp is located in Williamsburg. Day of Caring is the annual event hosted by United Way of the Virginia Peninsula.

Mary Clark, LPN, retired from nursing after a 20-year career on the medical team of Oyster Point Family Practice (OPFP). Clark began her career with OPFP as a medical assistant prior to returning to nursing school to obtain her LPN. After graduation, she worked for another office for a short period of time and returned to OPFP. She was a constant source of knowledge, caring and consistency within the nursing staff, and employees and patients relied on her medical skills.

Kyle Willis has joined the Thompson Team of ReMax Peninsula as a Realtor®. A native of Suffolk, Willis is a graduate of Christopher Newport University with a degree in marketing. Prior to becoming a realtor, Willis held an executive leadership role with Target. He also held a consulting position with Wyndham Worldwide. Willis is specializing in residential and investment properties with ReMax Peninsula.

Hauser’s Jewelers, a five-generation business located on Mariners Way, is celebrating its 120th anniversary. The business, which began as a small watch repair shop in downtown Newport News in 1898, was owned and operated by Alfred Jacob Hauser, Sr., grandfather of current owners Amy Hauser Hart and her husband, Brad Hart. Hauser’s is a multifaceted, full-service resource for formal, classic and artist-inspired jewelry and will feature several celebratory events, including several trunk shows, an exhibit at the Peninsula Fine Arts Center and a birthday gala.

Kevin Tucker and Derek Johnson, SOLitude Lake Management team members in Hampton Roads, have been recognized as leading volunteers in the aquatics industry. Tucker, SOLitude’s CEO, is a board member for the Aquatic Ecosystem Restoration Foundation. He helped establish the Society of Lake Management Professionals and continues his tenure as a board member. He is a member of numerous associations dedicated to the improvement of water resources, including the North American Lake Management Society, Aquatic Plant Management Society and Responsible Industry for a Sound Environment. Johnson, a Lake Management scientist, serves on the North American Lake Management Society’s Professional Certification Committee, the voting body that recognizes and certifies experts in the aquatics industry. He has a Master of Science degree in lake management from SUNY Oneonta and was the first graduate, internationally, with a degree specifically in lake management.

Dr. Dan Naumann, medical director of Hampton Roads Urgent Care (HRUC), has been promoted to director of the practice. Naumann completed his first year with the practice, providing general, occupational and orthopaedic medical care for the Hampton Roads community. He is a Board Certified Family Medicine physician with more than 30 years of experience. Naumann received his medical degree from the Medical College of Virginia in Richmond.

Dr. Jennifer Dean has joined HRUC. After serving for 10 years as physician lead, Dean will be working with Naumann. She is board certified in urgent care and family medicine. Dean earned her medical degree at St. George’s University School of Medicine in Grenada, West Indies, after receiving her Bachelor of Science degree in biology at the College of William and Mary. She completed her residency at Mountainside Family Practice in Montclair, N.J. Dean
received the Martin Gold MD Humanitarian Award. 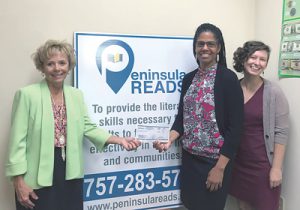 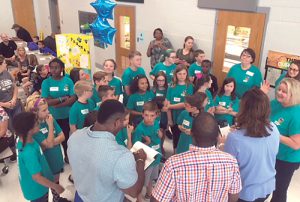 BayPort Credit Union has received one of nine Biz Kid$ Financial Education Grants from the National Credit Union Foundation, for the 2018–2019 school year. BayPort will leverage its existing partnerships with 15 middle schools in the Hampton Roads area to reach more than 14,000 students with the Biz Kid$ curriculum. Students in these schools will be encouraged to interact with BayPort’s school-based branches as they move through the Biz Kid$ lesson plans to further their financial literacy skills. BayPort has 50 student-run credit unions inside local elementary, middle and high schools, in which programs like Biz Kid$ help provide financial tools and wellness for students to encourage positive saving habits for their long-term financial success.

TowneBank has been ranked as the 14th Best Bank to Work in America among 85 named in American Banker magazine. It is the only Virginia bank in the top 20. Among financial institutions listed with $10 billion or more in assets, TowneBank was number one. It has been consistently ranked among the best employers in Hampton Roads, being named Best Place to Work six times by Inside Business and twice by CoVa BIZ. Brian Skinner serves as president of TowneBank’s Peninsula/Williamsburg offices.

Disabled American Veterans (DAV) will host its third annual 5K run, walk, roll and motorcycle ride on Sunday, November 4, at City Center in honor of Veterans Day on November 12. The event will start at 9 a.m. in front of the Marriott Hotel in City Center and wind through the area. The DAV 5K is open to individual runners, walkers, wheelchairs, hand cycles and motorcycles as well as groups who wish to form a team. For additional information on entrance fees and event t-shirts, go to www.dav5k.org and click on Newport News.