PBMares, LLP, has been recognized as the 98th largest accounting firm in the nation by INSIDE Public Accounting, based on net revenue. Alan Witt, CPA, is the firm’s CEO.

Benjamin “Bo” Garner, CPA, MBA, assurance manager and co-leader of not-for-profit services at PBMares, LLP, has been honored as one of CPA Practice Advisor’s 40 Under 40 for his role in advancing the accounting profession through leadership, innovation and collaboration. Garner sits on the firm’s strategic planning and community outreach committees and serves as an on-boarding sponsor to help welcome new employees.

Langley Federal Credit Union donated $25,000 to the American Red Cross to support its relief efforts in the Houston area for people impacted by Hurricane Harvey.

Melanie Occhiuzzo has been named social media manager of Oyster Pointer. A senior at Christopher Newport University (CNU), Occhiuzzo is pursuing a bachelor’s degree in English with a concentration in writing. She currently serves as editor-in-chief of The Captain’s Log, CNU’s student publication.

Gregory Spryn has been appointed senior vice president and business development officer at Old Point Trust. Spryn has more than 23 years of comprehensive trust, wealth management and account management experience. He is a Certified Financial Planner®, has an MBA from Hood College and a Bachelor of Science degree from Juniata College. 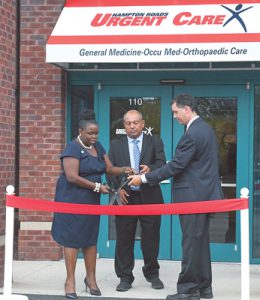 Philip L. Hatchett and James L. Windsor, of Kaufman & Canoles, P.C., have been named among the 47 attorneys of the firm for inclusion in The Best Lawyers in America® 2018. Since it was first published in 1983, Best Lawyers® has become universally regarded as the definitive guide to legal excellence. Best Lawyers lists are compiled based on a peer-review evaluation. Hatchett’s practice involves trusts and estates. Windsor’s practice focuses on real estate law. 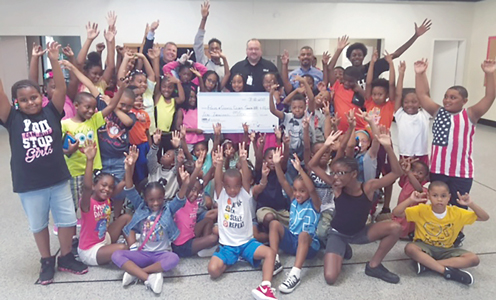 Langley Federal Credit Union (LFCU) donated $10,000 to the Boys & Girls Club of Southeast Virginia (B&GC of SEVA) to support the organization’s many programs that provide the skills and encouragement youth need to become responsible, caring citizens. Posing with Boys & Girls Clubs participants are (far back, left) Ken Will, B&GC of SEVA president/CEO, and (back center) Gary Hunter, Langley VP of consumer loans and AVP of corporate relations. 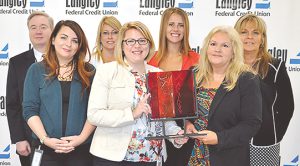 LCFU has been named the top credit union for Small Business Administration (SBA) loans by the Richmond District Office of the SBA. This is the second year that Langley has won the top credit union award in the district, having won in FY 2013. Shown here (left to right) are the Langley commercial lending team of Lucky Lakoski, Doris Jackson; Tracey Pesante; Natasha Merz, vice president of commercial lending; Korine Arseneau; Dara Jackson; and Robbie Powell.

Lil Crone Bonnette has assumed the role of vice president of community impact and operations of the United Way of the Virginia Peninsula. Bonnette, who came to the organization as director of marketing and communications, is responsible for providing direction to Pathways Out of Poverty, United Way’s strategy for collective impact. As a creative designer, she redesigned all of United Way of the Virginia Peninsula’s marketing materials. Bonnette was previously executive director of South Carolina Association of Technical College Commissioners. 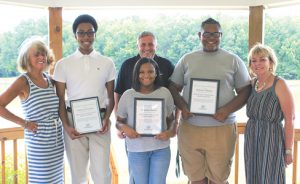 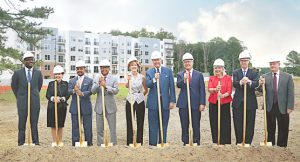 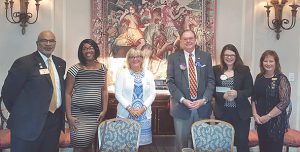